What is the APQP Framework?

The APQP is a Framework that helps companies Define, Design and Launch their products efficiently.

It considers Quality as the most determining factor in launching a product successfully.

It is based on 5 steps, which cover the different stages involved in the development of any product.

5 Steps of the APQP Framework

1. Planning and Definition: Define what your Goal is and Plan what needs to be done.

3. Process Design: How the Product will be Developed.

Usually, in each one of these Stages, Big Corporations:

That is why Small Businesses practically never use this tool.

We’ll try to suggest you a more “flexible and accessible-to-everybody” approach. 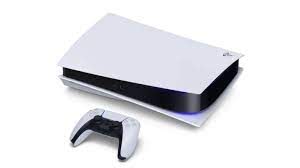 The PlayStation is that kind of Products that drives everyone crazy.

But… Why PlayStations have always been so successful?

Sony planned and designed everything perfectly.

Over the years, Sony analyzes what their customers value the most in their Consoles.

So, this Planning and Definition Stage may take years and can include:

With all this valuable customer information, Sony can Start Designing the next console.

At this Stage, Sony probably analyzes:

At this Stage, Sony probably:

This Stage, strictly speaking, can last for years.

This Stage connects with the first one.

But, in addition to collecting data and feedback, at this Stage, Sony may:

… And prepare the PlayStation 6…

We know all this seems obvious.

Then, Why is the APQP framework important?

Why is APQP important?

Because it offers you a management method to follow from the Conception of a product to its Launch (and later).

While other methods focus on certain parts or Stages…

* Check our publications in case you are more interested in it.

Let’s now explain when you should use this tool:

When should you use the APQP Framework?

Although the APQP was conceived as an industrial management tool (in the automobile sector) you can use it in all kinds of Business activities.

As we usually mention, we encourage you to use this tool as much as possible.

However, we highly recommend that you use it:

We will try to discover what the different APQP could have been for 2 famous products. 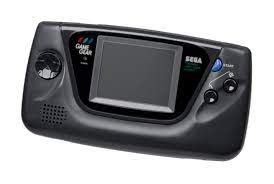 We mentioned before the PlayStation APQP example.

Now, we’ll see what happens if you don’t use the APQP properly.

What happened with the Game Gear?

It was a very advanced product for its time:

Why did it fail?

Let’s develop a Quick APQP and try to figure it out:

Sega defined what everybody wanted in a handheld console:

In this Stage, Sega decided:

Here, they made the First mistake:

With a proper FMEA analysis (it fosuses on potential design flaws) they could have prevented lots of the problems they had later.

In the Validation Stage, they committed the biggest mistake.

There were problems that they could have foreseen:

Once this product was launched, there was few things that Sega could do to solve the issues.

For the specifications they designed, it was impossible to lower the price.

The project was doomed since its launch.

It is one of the most iconic and successful products in the last decade: the iPhone.

However, we’ll try to develop a brief and summarized APQP of the first iPhone (released in 2007):

In this first Stage, Apple decided that:

In this Stage, Apple had to:

In this Stage, Apple had to:

* Apple outsources the assembly process of its products.

In this Stage, Apple probably:

In this Stage, Apple probably:

It’s been a successful product, we think…

The APQP is a Framework that helps companies Define, Design and Launch their products efficiently.

The APQP is a very useful and complete tool, since it offers a method to follow from the Conception of a product to its Launch.