What is the Pygmalion-Rosenthal Effect?

The Pygmalion effect, also known as Rosenthal effect, is the phenomenon by which Predictions end up altering Performance (or reality) which end up coinciding with those predictions.

Its name comes from the mythological Greek sculptor, Pygmalion, who carved such a perfect statue (Galatea), that he fell in love with it.

It is also commonly known as a Self-Fulfilling Prophecy.

There are 3 famous ways in which this phenomenon takes place:

The Pygmalion or Rosenthal effect: This is the General term.

In Economics, this phenomenon is very well known.

You can appreciate it perfectly in the Stock Market.

Once this happens, people admire how accurate this statement was.

That is the most difficult thing about the Pygmalion effect:

In addition, this phenomenon occurs every day in our daily relationships.

And we don’t even realize it.

Surely this has happened to you:

Over the years, if you expect the worse of somebody, your relationship fades away.

This is the Pygmalion effect in a Relationship, and it happens everyday.

And that is why this effect is so important.

If you want to take care of your Professional relationships (and non-professional, of course) you should try to forget your personal biases towards certain people.

Do not expect anything from people, so as not to alter their behavior or yours.

… It’s time to see some examples:

We have chosen one example of each effect (Pygmalion, Galatea and Golem) so that you understand them better. 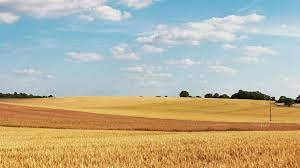 Imagine that you are a Farmer.

Imagine that one year, you are completely convinced that it will be a bad year.

As you want to get the best possible results, you decide to act:

Finally, the weather, rain, pests, etc… are like in any other year.

However, you altered your harvest so much that your results were worse than if you had done nothing. 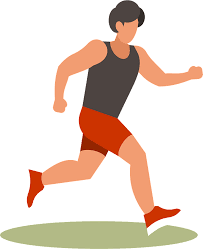 You’ve improved a lot in the past year but, you’re not sure you can run a marathon.

Then, you consult your Personal Trainer, and he says you are more than ready.

After hearing this, your self-confidence skyrockets:

A month later you do it and, in the middle of the marathon, you constantly remind yourself that you can, that you can do it.

… But, you can also call it the Galatea effect, if you study this situation from your (the runner’s) perspective.

You have an new employee from another department who doesn’t seem very bright to you.

When you have to assign tasks to your employees, you always give him the easiest tasks.

Over time, this employee becomes bored and loses interest in work.

When you ask your boss to transfer him to his previous department he says:

What happened is that your Low Expectations ended up Demotivating him.

The Pygmalion effect, also known as Rosenthal effect, is the phenomenon by which Predictions end up altering Performance, which end up coinciding with those predictions.

3 famous ways in which this phenomenon occurs: