What is the Product Life Cycle?

The Product Life Cycle describes the evolution of the Popularity of a Product from its first launch to its end.

There are multiple factors that affect these Life Cycles and, therefore, they can have very different shapes.

Here, we analyze which are the most common Life Cycles you can expect.

But, first of all, we should mention the 4 stages that all Product Life cycles experience:

Do you remember what they tough you at school when you were 5?

Well… The 4 Stages of a Product are exactly the same, except in the “procreation” stage.

This is the traditional Life Cycle we have all studied in the books.

But… How can we measure the Popularity of a Product?

Easy: We use Google Trends.

Let’s see a product that perfectly exemplifies these 4 stages:

In case you don’t know, MySpace was one of the first social networking Sites.

Years went by, and it simply disappeared (due to a terrible management).

Let’s analyze the Popularity of MySpace with Google Trends:

As you can see in the image above, its Life Cycle evolved exactly as you would expect, according to the theory.

The question is the next:

The answer is: No.

As we mentioned before, Product Life Cycles behave in very different ways.

The Key is to identify what makes them to evolve one way or another.

And that is what we have done.

We have identified 3 Main parameters that determine How a Product Life Cycle will evolve.

The 3 most important parameters when analyzing Product Life Cycles are:

As you can appreciate in the Image above, we have established 6 main Life Cycles (we’ll add 1 more).

Why haven’t we contemplated an Old Product – Old Concept scenario?

But what is the difference between Product and Concept?

As in any rigorous study, we first need a control sample: 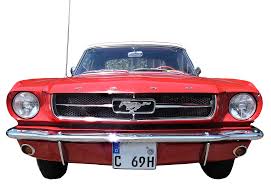 We could have chosen a Coke, the Big Mac, a Whopper…

But we have chosen one of the most iconic cars ever produced: the Ford Mustang.

Its name has remained as synonym of powerful, strong and reliable car.

This iconic Product doesn’t lose Popularity, and that is why we have chosen it as our reference Product Life Cycle.

This flat line means that people is as interested in it today, as they were years ago.

Now, let’s analyze the 6 (+1) different Product Life Cycles that you can expect according to the 3 parameters that we previously explained:

The Fidget Spinner is the perfect example of a fleeting product.

It was a New Product, with a New Concept (hand toys already existed, but they were not popular). 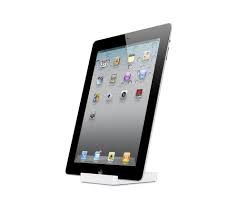 The iPad is a good example of a New Product, with a New Concept, but Not Easy to Copy.

Again: some people could argue that, PDAs already existed, as well as smartphones, but there were not exactly the same.

Although its Popularity reached a maximum in 2012 (it took 2 years to reach it) it seems that it has now entered in a “flat” stage.

* Those peaks are due to Christmas holidays or/ and the release of a new version.

Other good example is the iPhone.

Since it was a much Newer Concept and Product, in every possible way (it was first introduced 3 years before the iPad) we would expect a much flatter curve in the growth stage:

Exactly. As you can see in the image above, the newer the concept the flatter the growth stage.

But, these products are renewed every year.

There is a new iPhone every year, as well as new updated iPads.

What if a New Product, with a New Concept, Not Easy to copy were not constantly updated? 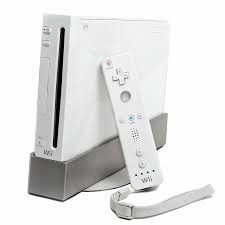 This product can answer this question.

It took Wii 1 year to reach maximum Popularity, then it had 1 year of maturity, and then a slow decline (over 10 years).

Its Product Life Cycle was almost the same as that observed in the iPad. 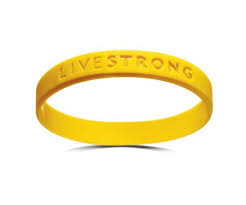 Do you remember the Livestrong rubber band?

Simple, but everybody went crazy about it.

It was a New Product, with an Old Concept, and Easy to Copy.

As you can see in the image above, its Product Life Cycle lasted only two years.

Speaking of Ford again, we will now look at one of its recent releases, the Ford Kuga.

This vehicle is a New Product, with an Old Concept (SUV vehicle) but it is Not Easy to Copy (developing a new car is something very difficult).

Moreover, since it was an Old Concept, its popularity grew strongly in the early stages.

People tend to trust more in what they know best. 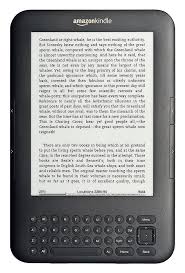 Few years ago, e-books were the big new trend.

And Amazon’s Kindle, was King.

This product was not offering any new book.

What this product allowed you to do was to read your favorite books wherever you wanted in a new different way.

That is why Amazon’s Kindle could be considered as an Old Product (books) with a New Concept, but it was Easy to Copy (the technology involved was not very difficult). 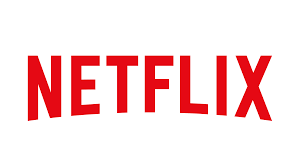 What can we say about Netflix that you don’t know yet?

Netflix was a similar product to Kindle: they didn’t offer new content (at the beginning).

What Netflix initially offered was an Old Product (movies that already existed), with a New Concept, but it was Not Easy to Copy (you need powerful servers, contracts with films producers…).

As you can appreciate, its Popularity has grown little by little for 10 years, since it is a New Concept.

In this example, the next years will be interesting:

Now, we have to talk about Seasonal products.

And you can obtain good information comparing these differences.

Let’s analyze the Popularity of Game of Thrones:

By just seeing this graph, anyone could guess:

You may think this is useless but… it isn’t.

You can obtain information that is not obvious “a priori”.

What conclusions can you draw from the Google Trends results of “The Handmaid’s Tale”?

As we mentioned earlier, this classifications can be nuance is infinite ways.

We just wanted to highlight 3 important pillars that can help you when analyzing Product Life Cycles.

Let’s summarize some of our main Conclusions:

Now… How can you use this information?

Why are Product Life Cycles important?

How to use a Product Life Cycle model

This analysis can be very useful for different things.

We have compiled some of them:

You can forecast how a New Product can perform.

You can predict how long would it take a New Product to be Launched.

You could develop “Exit Strategies” by analyzing how evolves a Product’s popularity.

You can analyze different Seasons’ Life Cycles and define your product based on the conclusions obtained.

You can set “warning signals” and adopt different strategies depending on how a product’s popularity evolve.