Why is it important to Delegate?

As you may know, Consuunt  wants to guide you whether you are developing your own Business, or learning how to improve your professional position.

We highlight this because we consider “delegating” that essential skill everybody talks about, but nobody thinks he needs to improve.

To delegate is authorizing other person to something that could be done by you.

You probably have heard about it a thousand times, but when you hear it, you probably imagine yourself being Exxon Mobile’s CEO with your feet on the table and think:

However, when you have a group work, you rarely accept not to be right.

Delegating is, first of all, accepting that other people know something better than you do.

Again: it sounds easy but is not; and generally, the more technical the position the more difficult is to delegate.

Now, we’ll explain what we consider to be the two main types of delegation:

As simple as accepting your knowledge limitations.

Find somebody that knows better than you do, and listen to him.

It is amazing how lots of medium and large industries’ CEOs tend to fail in this particular aspect, not listening to their lawyers, their adviser or just expecting that their “divine” presence will solve everything. 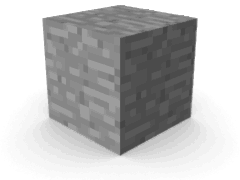 We were in a business meeting in the north of Italy (gorgeous, as is all Italy) with the owner and CEO of an important Quarry company and his 3 advisors (one of them was also the CEO of a world recognized textile company).

Their numbers were impressive, the cash flow generated astonishing and the sales were from strength to strength.

We were analyzing to establish a joint venture with them to acquire another quarry company that was broken. Our plan was to buy the broken company at a good price (through a bond issue operation) restructure it, and sell it in the future.

The CEO was a bit impulsive and seemed that he didn’t wanted to hear some suggestions we made but there was a moment after he literally said that he “disagreed”, that surprised us.

He said: “I don’t agree with that; but since I don’t know very well what are you talking about, let me ask Marco (his advisor)”.

He turned his face towards his advisor and, speaking in Italian, his advisor explained him that he had to do what we just said because it was in important issue.

That little and important gesture is what makes the difference between success and failure.

*Finally we didn’t develop the operation due to external factors (a hedge fund made an offer before us) but we still remember that particular (and unusual) behavior years later.

This kind of delegation happens when you have the knowledge and technically you could develop certain task by yourself but since there is a lot of work involved and you are coordinating the overall group, you are “forced” to delegate.

Usually the people in this situation try to control every aspect of the project excessively because they think they could do it better (and sometimes they can).

In these situations the manager must understand that if he/she made all the tasks involved there would be no project or it would take an eternity.

* Tip: If you have some “difficulties” delegating, think about this: it is better to finish the project first and once finished “polishing” it calmly under your personal supervision.

Sometimes, “done is better than perfect” because perfection is a utopia that never comes.

(by Sheryl Sandberg, with a little Consuunt addition).

We all have problems delegating in our day-to-day, and even more in our workplace.

You must honestly accept that you don’t know everything to start delegating certain decisions on people with more knowledge than you.

Also, when managing a working group, think about how would sound a Symphony if the conductor tried to play all the instruments. There would be no Symphony.