What is a SWOT Analysis?

The SWOT Analysis is a Tool that helps to Analyze the Situation of a Company in a certain Market.

According to this method, the situation of any Company can be accurately described using 4 factors:

Its name is an Acronym for the 4 Factors Proposed.

* In our “Strategy Templates” Page you will find an Open (and Free, of course) Excel Sheet with a SWOT Analysis Template.

These Factors, Strengths and Weaknesses, depend on the Company.

What a Company is Capable of, and what it Lacks.

Even if some of these advantages are influenced by External Factors (such as Location or Policies) the Company is benefiting from them more than its Competitors. 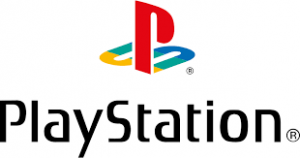 In the Game Console World, there is a company that can be easily pointed as the leader:

Sony entered the market much later than Nintendo or Sega, but in few years PlayStation took the first place in the Game Console Market.

How did Sony do it?

Some People would say that was due to is the huge Game catalogue.

However, this was not, the Main Cause of its Success.

Why did PlayStation got this large Catalog of Games and its Competitors didn’t?

A Good SWOT should highlight:

It was much easier to Develop a Game for PlayStation than for its Competitors.

This made possible for SONY to Attract lots of Game Developers that were struggling with SEGA Consoles.

As you can see, there is a Important Difference between a Real Strength and its Consequences.

You have to identify the Root Cause, the Real Strength of a Company. 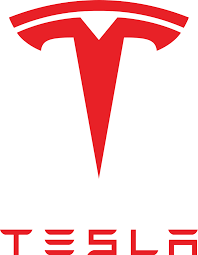 However it is impossible for them to Supply all the Demand they have.

But how can this be a Weakness?

A properly Developed SWOT should highlight as Weakness:

This has caused the Company to:

Some people would point its Financial Management.

And that is true.

If the Company had had more realistic Goals, it might not have needed so much money.

Now, let’s give Elon a hand:

Ford Motor Company, for example, was founded more than a Century ago…

Even if it is very important to analyze what a Company can do Better, sometimes, there are events that affect it and it can’t do anything about it.

The External Factors, Opportunities and Threats, depend on the Environment a Company is.

Usually, they are affected by:

Summarizing: Any Event that may result in an Economic Opportunity. 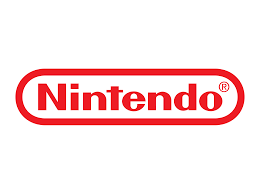 Nintendo is one of the most Beloved companies in the world.

We could point out several of its Strengths.

However, let’s take a look at the Opportunities Nintendo seized.

As soon as SONY entered the Market, Nintendo realized how delicate the situation was for them:

Was it the end of Nintendo? No.

Sony quickly conquered all the “Sports” and “Action” segments.

Nintendo bet Heavily on its world-famous franchises (a Strength):

Then, it “squeezed” the “family” segment.

Because Game Consoles are often (or were) bought by Parents at Christmas.

Also, as Nintendo had much better Multiplayer games, the Console could be used by more than one child at the same time.

Nintendo became the “Disney of consoles”.

This example shows how you can be successful regardless of whether your opponent is much bigger than you.

But… What happens when the tables turn?

In our experience, hardly any company takes a minute to study what are the Threats that could harm it in the future.

Huawei is one of the most popular mobile phone Companies in the world.

This Chinese company was considered a low-quality mobile phone Manufacturer.

On 20th of May 2019, Google announced that it would no longer offer Android Operating system on Huawei mobile phones.

We don’t know if Huawei had a team analyzing this possibility.

But, what is certain is that they should have had a Backup Operating System.

They could afford to develop their own Operating System.

This example shows How, sometimes, your “luck” changes very quickly.

Remember: It takes years to build a Successful Business and one single day to Lose it.

The SWOT Analysis is a Tool that helps to Analyze the Situation of a Company in a certain Market.

According to this method, the situation of any Company can be accurately described using 4 factors: