How to be an Entrepreneur

Here, we will focus on what interpersonal skills do you need in order to start behaving like an entrepreneur.

It seems a bit “super-hero” advice, but it is not.

Of course, we can not guarantee you any success by just following certain rules/ advice but we can guarantee that if you deeply think about everything we are about to tell you, you’ll start noticing profound changes in your life.

We’ll now tell you the habits and behaviors we have noticed to be common among all the successful people we have met during our professional life.

But first of all, you must think for yourself if you are really willing to change your habits or whether becoming an entrepreneur would be your best professional option. It takes time, effort and conviction.

* As you may know, Consuunt’s main target is helping Entrepreneurs while building their projects. This particular section is within the “Interpersonal Skills” area, so we’ll focus on habits and behaviors. If you are more interested on how starting your Business, please visit the “Entrepreneurship” area, or more particularly, its “Start your own Business” page.

Think honestly about your Goals

Before we start talking about common habits among successful entrepreneurs, we must make you think about what you really want in life.

This sounds obvious, but 99% of the time, everybody answers the same “stereotyped” statement:

Other more “realistic” (but uninformed) answers are:

These and other many answers we could receive are just naive stereotyped products from Hollywood movies.

Money does not make you a better person nor a happier one. It should’t be a goal by itself.

Your real goal should always be having a fulfilling happy life, and in order to achieve it completely, you should work at something you completely love.

There is where we wanted to get: You should pursue becoming an entrepreneur if “that path” will make you happy.

Forget about the money, and the Hollywood movies.

80% of the entrepreneurs barely make enough money to live and have gone through difficult situations while building their businesses.

It is not better being an entrepreneur than a full time employee at a certain job position: it doesn’t mean you are smarter, taller or more handsome.

Think honestly about your Skills

We are not trying to discourage you about becoming an entrepreneur; we just want you to be realistic about it:

Your skills, abilities, strengths… play an important role within this initial analysis:

Of course these examples could not be applied in many cases, but their “essence” is very important, since you would never imagine how often people act not according to their natural skills but by mere instinct… and fail miserably.

OK, so once you have meditated about your real preferences, skills and goals, let’s talk about the habits you should enhance in order to improve as an entrepreneur candidate.

There are almost infinite approaches about this topic, but we have tried to synthesize them into 5 main Skills that characterize an average successful entrepreneur.

1. An Entrepreneur is Constant

If you read any entrepreneur success story, the first thing you’ll notice is how much time these persons were pursuing their main goal.

We mentioned it many times in the “Entrepreneur golden rules” page: if you have passion for what you work on, you’ll be able to keep going indefinitely.

From Steve Jobs to Jack Ma (Alibaba founder) what characterized them all was their constancy while building their desired businesses.

You probably know how hard was for Harry Potter’s author (J.K Rowling) to complete her Masterpiece:

She kept writing and writing no matter what happened.

2. An Entrepreneur is Perfectionist

Trying to improve everything you make, will guarantee future success since you’ll improve and improve over the years.

Other habits we are about to explain are not completely (or a 100%) acquirable: your natural predisposition plays an important role in their development.

But being Perfectionist or Constant in everything you do, can be enhanced but just being disposed to do so.

Guaranteeing these two habits, you have “half the way traveled” and depend just on your willingness to improve them. 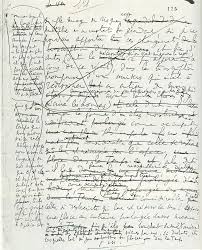 Following with the previous example, Harry Potter’s author did not just write the whole books straightforward.

As you can check on Wikipedia, she wrote, re-wrote and re-wrote several chapters until they were absolutely perfect.

3. An Entrepreneur is Tenacious

This habit, again, is closely related with the two mentioned before: Constancy and Perfectionism.

It means being able to overcome all the hard times you may face.

It is not easy to keep the constancy while pursuing a goal for years, but if you have a pleasant stress-free life, you won’t have as many difficulties to keep that constancy as if you had a hard time.

When J.K Rowling wrote the first books, her life was everything but an easy life:

She didn’t let all these events to affect her determination to write.

She kept her constancy despite everything, and became one of the most successful writers of all time.

Being tenacious is a difficult habit to train, but if you have a clear goal you are passionate about, you can focus on it when the difficulties seem to drawn you.

4. An Entrepreneur is Multi-Perspective

Some of the best entrepreneurs we have met so far didn’t just invent a completely new thing from scratch. They took a pre-existing market and saw what nobody had seen.

Although it could be regarded as a talent more than a habit, sometimes these people are simply used re-think all they see in a new creative way. 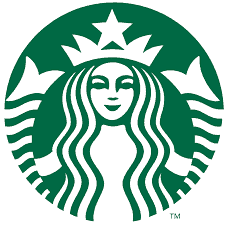 Starbucks is a good example of how a different approach can create a whole new business.

The core and origin of the business is “just a coffee”, but when we think about Starbucks we usually think of:

They re-orientated the cafeteria concept by turning it into a place where you want to spend your time and money.

* We are not sure whose idea it was since three people founded it (Jerry Baldwin, Zev Siegl and Gordon Bowker).

5. An Entrepreneur is Intelligent

As you may have imagined, this is the final and most “controversial” skill we’ll explain.

Maybe they are not as intelligent as Einstein was, but they are not dumb. Saying other think wouldn’t be fair.

It can be equally applied to successful employees that reached top managing positions: some of them may be there because they are family-related to the owners, but if they got there by their own merits they probably are intelligent people (as well as ambitious… and other factors we are not discussing).

Why saying is it so controversial? Because we don’t know whether it is possible to “train” the intelligence. We are neither psychologists nor neuron-scientists.

What can you do to stimulate your intellectual capacity? 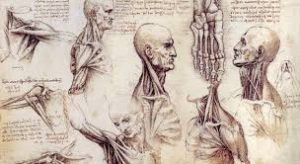 Again: we can’t guarantee its effectiveness but surely, not having any interest about anything is the fastest way to failure.

The more you train all these habits we’ve just told you, the more chances you’ll have to success when pursuing your goals.

It is impossible to guarantee success by behaving in a certain way, but if you don’t act with:

… then, you will surely fail miserably when pursuing your targets.

The goal of succeeding is not nearby: it is a long journey that will last your whole life and only when the years have passed, will you realized how long did you travelled.

The best habits you enhance right now, the farther you’ll get.