What is Horizontal Integration?

Horizontal Integration is a Strategy that consists in Expanding the Market Share of a Company.

It is called Horizontal because this Expansion is carried out in the same Market to which a Company belongs.

To do so, this Strategy proposes to Cannibalize Competitors and other Companies .

There are multiple ways in which a Company can expand its presence in a Market through Horizontal Integration.

However, we could summarize them in 3:

Partnership: Collaborating with another Company to tackle the Market together.

Merger: When Two different companies in the same Market become One.

Acquisition: When a Company buys Another within the same Market.

As you may already know, Horizontal Integrations are quite common.

But … Are all Advantages with this strategy?

Let’s analyze the Pros and Cons of this Strategy:

Pros and Cons of Horizontal Integration

It can Create Synergies between two or more Companies.

It can be Easy to Develop.

It can be a Low Risk Strategy.

It can Damage the Brand of the most Prestigious Company.

If not Developed Properly, it can be an Expensive Strategy.

This is Why Companies tend to Explore Horizontal Integrations when thinking of expanding their Business.

Now, before we see some examples we want to clarify one thing:

We are sure that you have also heard of Vertical Integration and may not know the difference.

Although these two strategies have a similar name, they are very different from each other.

Vertical Integration consists in Cannibalizing Suppliers and / or Clients.

Vertical Integration can be:

Its Goal is to Earn the Profits of Suppliers / Clients and be more Efficient.

The best way to understand the Horizontal Integration Strategy and How to design it correctly is by sharing some examples with you:

We have chosen 4 Examples of Companies that have developed Horizontal Integrations Successfully.

Disney has bought dozens of Film Studios to Expand its Presence in this Industry:

They all are owned by Disney.

Over the years, Disney has greatly increased its Presence in the Market, thanks to this Strategy.

In recent years, Amazon has tried to expand its Retail activity to the Fresh food Market.

What did Amazon do?

With this move, Amazon saved a lot of time and effort, and took advantage of Whole Foods’ expertise in Fresh Food products. 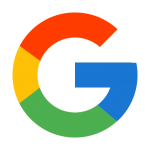 When Google became the King of the Internet, Websites monopolized the Net.

However, the years passed and a New Format appeared: Video Streaming.

What did Google do?

With this Smart move, Google bought YouTube for just $1.65 billion.

You have surely heard of Louis Vuitton as a Brand.

But… Did you know that it is the largest luxury Conglomerate in the World?

How could they do it?

It is one of the Companies that best exemplifies the Horizontal Integration Strategy.

Horizontal Integration is a Strategy that consists in Expanding the Market Share of a Company.

To do so, this Strategy proposes to Cannibalize Competitors and other Companies .