What is Data Analysis?

We live in the Data era: everything is data.

Whether you give a “like” to your friend’s Facebook Picture or just ask something to Google, you are giving information about what you like, or what worries you the most.

And that data is available for those who want (and know how to) to consult them.

The Data Analysis is the proper use and interpretation of any data in order to obtain valuable and meaningful conclusions.

In this section, we’ll talk about how to Analyze and Interpret data properly so it can be useful for you.

This is a new discipline (maybe not so new) and whoever starts “mastering” it will be one step ahead of its competitors.

Why worry about Internet data and its analysis?

Because this information is accurate and sincere.

When we ask Google, we don’t lie at all: we just ask about what we want.

Seth Stephens-Davidowitz is a data analyst that published a wonderful book about what he’s found on Google: “Everybody lies“. 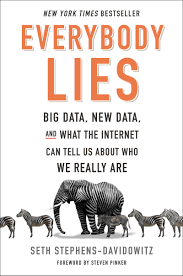 By analyzing our Google Queries, he predicted:

He could do these, and much other things by analyzing what we search on Internet.

We highly recommend you to read his book. (Of course, we are not sponsored).

All this information represents a “Gold mine” for any Business or academic research.

How? Let’s analyze a simple example.

Of course, you could start both of them but, since you work so hard you know you only would have time for one option.

What should you do?

If you analyzed Google Trends, you would immediately have an answer:

Of course, for this example, we could have analyzed other different Queries, but we just wanted to share with you this “data” approach and how accessible it is.

* If you are interested about Google Trends, check our amazing Page (inside this section): “How to use Google Trends“.

When should you develop an Internet Data Analysis?

Whenever you have to “read” the Market, you should think about developing an Internet Data Analysis.

We always say that only by having an accurate Market interpretation you can make the right decisions.

Analyzing the biggest and most sincere Database in the World – Google – should not be something optional but mandatory.

On Internet, you can find:

You have a limitless information source that is waiting for you to use and interpret it.

However, you must be very careful when handling data sources:

A serious mistake when analyzing data, may lead you to failure more quickly.

Within this section, we’ll talk about what should you avoid doing while analyzing different data sources.

Now, we’ll give you an example about what may happen if trust your numbers too much: 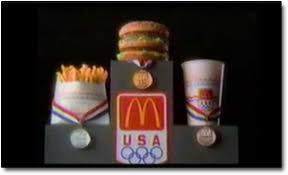 For the 1984 Olympic games, McDonalds designed a groundbreaking Marketing campaign.

Customers only had to scratch a card that would tell them the Olympic discipline.

Then, depending on the medal obtained, they could obtain:

They designed this campaign based on the U.S success in previous Olympic games: They calculated the probabilities and the estimated costs and benefits it would imply.

However… they committed a terrible mistake.

Due to political reasons, lots of countries boycotted this Olympic games.

And these countries were some of the best ones in several Olympic disciplines.

Without these countries participating in the games, U.S won much more medals than expected.

And what about McDonalds campaign?

Well… it went terribly wrong regarding its profitability. They lost tons of money. 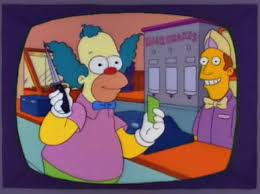 In the Simpsons, they remembered this with a “Krusty Burger” disastrous campaign. Season 4, Episode 10.

As you can appreciate in this example, having the best numbers, calculations and scenarios doesn’t guarantee a successful outcome.

If you miss something important, you’re doomed.

Among all the mistakes you can commit when handling data, the most common are:

We’ll explain them all in detail in future publications but we’ll give you a valuable advice that will prevent you from making big mistakes:

If you find a correlation between the price of onions and a certain stock market value, please, don’t invest your life’s savings in that value.

What should you expect from a proper Internet Data Analysis?

Nothing but a better understanding about something that usually makes sense.

Sometimes, you can find an information “gold nugget”: an interesting correlation, an unexpected causation… but never a miraculous way of predicting the stock market.

Now, we’ll give you a good example about a successful Business decision based on Data Analysis.

* We discovered this example in the Seth Stephens-Davidowitz book “Everybody Lies” we mentioned before.

As you may know, some U.S.A cities suffer from hurricanes.

As soon as the Government warns the population, everybody starts preparing for whatever may happen.

This is something normal.

What is not that “normal” is what Walmart discovered some years ago: 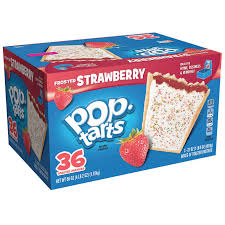 It sounds weird, but think twice:

As we mentioned before: it makes sense.

We don’t know if people purchasing Pop Tarts think consciously about all these attributes or not, but consciously or subconsciously, they are making a reasonable choice.

What did Walmart when they realized about this fact?

Simple: as soon as there is a Hurricane warning, they place tons of Pop Tarts where everybody can see them.

This example shows how sometimes you can forecast some of your customers needs by properly analyzing your data.

The example also shows that, even if you find a “gold nugget” in your analysis, it surely will make sense.

In this section we’ll try to help you finding your “pop tarts“.