What is the Porter Four Corners Model?

Unlike other Strategic Tools, this model only Focuses on Competitors.

To do that, this model uses 4 metrics (called corners) classified into 2 categories:

Let’s now see a Real example so that you understand it better: 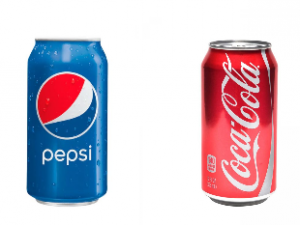 The battle fought by Pepsi and Coca-Cola in the 20th century is legendary.

Let’s imagine what Pepsi could have thought about Coca-Cola’s strategy:

What will Coca-Cola do? (according to Pepsi)

What did Pepsi do?

PepsiCo focused on other products:

They attacked the niches that Coca-Cola ignored.

Coca-Cola is much more popular that Pepsi… But PepsiCo is bigger than Coca-Cola Company.

This tool can be a bit controversial because it only focuses on Competitors.

Why is this controversial?

Then, why should you use it?

Why are the Four Corners Important?

Because not all companies can afford not to think about their Competitors.

Sometimes the best way to design a strategy is to Imitate or Get ahead of a Competitor.

In addition, this Tool can complement other strategic tools that only focus on internal factors.

Then… This tool should only be used if you have a Competitor to beat?

Now, we’ll explain you when you should use the Four Corners model.

When should you use Porter's Four Corners?

We recommend using this model in the following situations:

However, as you may already know (if you read Consuunt regularly) we always recommend focusing on your Customers First.

The only obsession that guarantees success is obsessing over the satisfaction of your Clients.

Now we will share some examples about big and famous companies that “fought” each other for years.

It has been a curious battle because, for many years, Microsoft went ahead of Apple but, finally, Apple overtook Microsoft.

What would the Four Corners of Microsoft have been like?

What will Microsoft do? (according to Apple)

What did Apple do?

This strategy didn’t work very good for many years… Until they presented their iPhone to the world.

At the moment we write this:

* However, we have to mention that, we consider Microsoft a much more stable company than Apple is.

Now, we will talk about a very “delicious” battle (maybe not healthy, but delicious):

As you may already know, McDonalds is the epitome of “fast food”:

But Burger King also wanted a “piece of this cake” (or rather, a hamburger?).

What will McDonald’s do? (according to Burger king)

What did Burger King do?

As McDonald’s focused on attracting families, Burger King focused more on the taste.

Burger King has not surpassed McDonald’s, but they have taken a well deserved second place.

* Pepsi also followed this same “taste” approach for a few years but, they realized that people love Coca-Cola not because of its taste, but because of the strong bond between the customer and the brand.

In this example we’ll talk about 2  of the most influential clothing companies in the world:

These two companies are the absolute reference for sportswear and accessories.

Even though Adidas was founded much before Nike, Nike is considered to be the sports brand par excellence.

Let’s imagine what Adidas could have studied about Nike:

What will Nike do? (according to Adidas)

What did Adidas do?

They wanted to be associated to high quality sportswear that can be worn everyday.

Moreover, they also “hired” Superstars for promoting their clothes…

Adidas is one of the world’s leading casual sportswear company.

Porter’s Four Corners model is a Strategic Tool that analyzes Competitors and predicts  what they will do in the future.

We recommend using this model in the following situations: