What is the Cog's Ladder?

The Cog’s Ladder is a Tool that helps to understand the Stages a Team goes through before working Efficiently.

Its main objective is to help managers and groups maximize the chances of Success in Teamwork.

To do so, it defines 5 Stages that every Team must overcome to work in a cohesive way:

The Five Stages of Cog's Ladder

1. Polite Stage: Team Members Get to know each other.

2. Why we’re here Stage: Team Members Find out Why they are there. 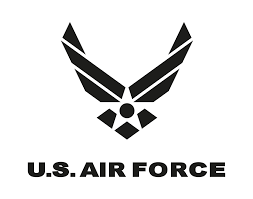 We have read that the military forces are well aware of these Stages.

Therefore, we have created an example of what may happen when the US Air Force recruits a New Team.

We will imagine that this is a Team made up of experienced soldiers who will develop a special Mission.

In the beginning the Soldiers:

At this point, they still don’t see each other as part of the same Team.

As they get to know each other, they begin to discover what the Army expects from each of them.

Once they know what each of them are experts in, they will guess what the mission is about.

As they begin to work together, the problems appear:

Consciously or Unconsciously, they are testing their Authority (Power).

As soon as they assume that they are now a team, they:

They start working as a Team.

As they get to know each other better and feel integrated into the Team:

They have created Synergies:

As we often say: We are aware that this all seems obvious and impractical.

In the end … Don’t these stages simply describe what happens in teamwork?

Yes, but knowing these Stages you will be able to get the most out of the Teams in which you Work or Manage.

The Importance of Cog's Ladder

You can Steer the conversation into a Constructive Area.

You can openly Prepare the Team Members for the respective Stage.

You can evaluate if there is any Important Issue that should be Solved.

It allows to evaluate if there is Room for Improvement in a Team.

Now, before looking at more examples, we want to clarify a little thing:

If these 2 models seem similar is because they are virtually the same.

Tuckman’s Model summarizes the 5 Stages of Cog’s Ladder in 4 Steps:

As you can see, there is no real difference between these two Tools other than the number of Stages they are divided into.

The best way to understand how you can use Cog’s Ladder is by sharing some examples with you:

We have created 3 different examples of situations where a group of people has to work as a Team.

You will be part of each Team and we’ll assume that you are aware of the Stages of Cog’s Ladder. 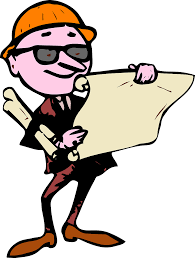 In this example, we’ll imagine that you are part of a Team of Civil Engineers who are developing a new Bridge for a small town.

During the project, you use Cog’s Ladder to improve the way you all work as a Team.

How do you use it?

You make sure you all:

In this way, you “lubricate” personal relationships in advance, for what may come in the future.

To accomplish this Stage successfully, you:

This way you prepare everyone for the Power Stage.

Once everyone knows “Why they are here”, comes the Power Stage. Now, you:

In this way, everyone will make decisions based on Facts and not Feelings.

Now that you all start working as a Team, you:

In this way you help improving the Performance of the Team and establish personal Bonds.

Now, you all have created Personal and Professional bonds.

What else can you do?

In this way you will keep the Momentum going. 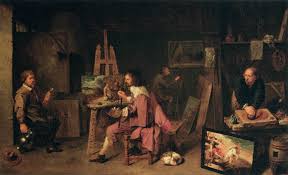 In this example, we’ll imagine that you are the Manager of a Team of Designers.

You have recently created this Team, and you want it to Success.

What do you do as Manager?

After this initial day where People knew each other, you:

For succeeding at this Stage, you:

Once the group starts working as a Team, you:

Now that the Team works as a Single Entity, you:

A Teacher in a New Class - Cog's Ladder example

In this example, we’ll imagine that you are a Teacher in a New Class.

This situation is extremely difficult to handle as children are unpredictable.

This is why you’ll try to use Cog’s Ladder.

What do you do?

For this first Stage, you:

In this Stage, you:

For succeeding at this Stage, you:

In this way, perhaps, some “abusive” children can get to know the “other part of the equation” better.

Once the Class starts behaving as a “Team”, you:

Each day, you’ll rate them from 0 to 10 based on their Behavior and Performance.

As soon as they begin to Behave and Perform well, you:

* We realize that this is actually extremely complex.

This is only intended as an example to give you an idea of how Cog’s Ladder can be used.

The Cog’s Ladder is a Tool that helps to understand the Stages a Team goes through before working Efficiently.

To do so, it defines 5 Stages that every Team must overcome to work in a cohesive way:

Why is Cog’s Ladder an important Tool?