What is a Blue Ocean Strategy?

A Blue Ocean Strategy is the name of the optimal Strategy to follow in New Markets.

The name Blue Ocean is a Metaphor for a sea where fishes don’t need to eat each other to survive.

Blue Ocean Markets are Characterized for:

Therefore, a Company can grow without worrying too much about Competitors.

According to our Professional Experience, Blue Ocean Strategies should be based on:

Flexible Suppliers: Suppliers that can Adapt to Changes.

Study the New Players: Be aware of their Products and Market Approaches.

Focus on your Product: Substitute Products are not yet a Threat.

Comfortable Relationship with Clients: For you. Don’t push yourself too hard.

Competition: Grow Faster than them to become the Market Leader.

* We have followed Porter’s 5 Forces to design the Strategic Key Points..

Before we see some examples, we’ll analyze the difference between Blue Ocean and  Red Ocean Strategies:

As you can imagine, a Red Ocean is the Opposite of a Blue Ocean  Market.

Red Ocean Markets are Characterized for:

A Red Ocean Strategy differs completely from that required for a Blue Ocean.

The best way to understand Blue Ocean Strategies and How to design them correctly is by sharing some examples with you:

We’ll now share 4 examples of famous Companies that were Successful in Blue Oceans. 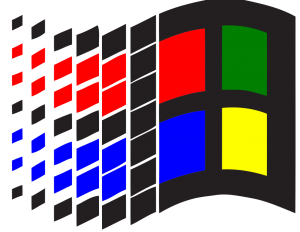 When the first Computers appeared, they did not have Operating Systems (OS).

The interface that each Computer had was particular to its Brand.

Everybody was Focusing on developing the best Hardware…

…. And two young men Focused on developing a Common OS for all Computers.

Those guys were Bill Gates and Paul Allen. And their program, MS–DOS.

What did Microsoft do?

In fact, they Grew so Fast and so Strongly that they are still the King of Operating Systems.

At first, they did not worry about other Companies or Products.

Over the years, as Windows became the King of the Market, they could buy all the Competitors they wanted. 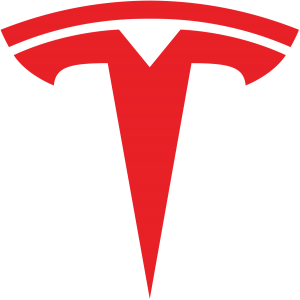 “There is a good chance that in the future, cars become Electric…

… And nobody is manufacturing Electric Vehicles… What an Opportunity!“.

The rest is well known:

What did Tesla do?

Before them, no one thought that the technology was ready for it.

You can argue about:

But, you can’t argue that thanks to Tesla, all Car Companies have started investing in the Electric Vehicle.

The problem for Tesla is the Future.

The Blue Ocean is becoming Red.

Can Tesla grow so fast that not even Ford or Volkswagen can become a threat?

In the age of High-Speed Internet, Netflix came up with a very good idea:

We say high-speed internet because in the past, other companies tried to create something similar.

If you are young, you cannot imagine what it is like to wait 2 hours for a single song to download.

Also, in the past, there were dozens of illegal platforms where people could easily download everything they wanted for free.

What did Netflix do?

A Platform that was much better than illegal platforms with a very competitive price.

In the 50’s, if you wanted a Burger, you only had one option:

It didn’t matter how much of a hurry you were.

You had no other option.

What did McDonalds do?

Of course, Fast Food already existed before (every country has a type of “fast food”).

Before McDonalds, you could have a quick Sandwich on the way.

But you didn’t have a place, a Restaurant, where you could sit and have a Diverse Menu that was delivered quickly at very affordable prices.

McDonalds did with food what Ford did with cars.

And… last but not least: McDonald’s products taste very good.

A Blue Ocean Strategy is the name of the optimal Strategy to follow in New Markets, with low Competition.

Blue Ocean Markets are Characterized for:

Therefore, a Company can grow without worrying too much about Competitors.

Blue Ocean Strategies should be based on: