What the SCAMPER Model?

The SCAMPER Model is a Tool that helps Redefine existing Products by Rethinking How they are Perceived, Used or Designed.

It is a Lateral-Thinking method for Product Innovation.

Its name is an acronym for the 7 Actions it proposes to Redefine Products:

7 Actions of the SCAMPER Model

1. Substitute: Replace a certain part of a Product with a New one.

2. Combine: Implement different Concepts together in a same Product.

3. Adapt: Introduce changes to satisfy the new Preferences of the Clients.

4. Modify: Change the Appearance of a Product.

5. Put to another Use: Use a Product for something it was not Designed for.

6. Eliminate: Dispense with the non-vital parts of a Product.

7. Reverse: Deconstruct a Product and its main Pillars.

The best way to understand the SCAMPER Model and how you can use it, is by sharing some examples with you:

… And created some of the most successful products of our day.

Not many years ago, all cellphones had little Keyboards.

As soon as the technology improved, mobile phone companies started to Substitute them with Touch Screens.

And, when Apple introduced their iPhone… They set the new Benchmark in the Market.

In case you don’t know, the first Computers didn’t have a Mouse.

One day, somebody decided that they could Combine the Mouse with mass-produced Computers. 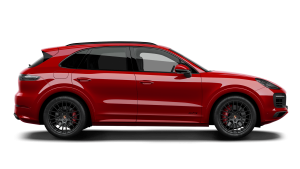 Not so long ago, SUVs were not very popular.

Seeing this new trend, Porsche decided to Adapt one of its models to it.

Nobody could have imagined that one of the most prestigious Sports-Car Company in the world decided to develop a SUV. 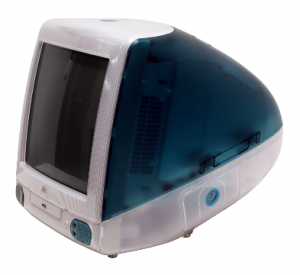 Apple has not always been the Giant Corporation it is nowadays.

One of the best Strategy they used (and use today) is to Modify their products.

When they introduced their iMac, they used a groundbreaking Design.

Salmon - Put to another Use - SCAMPER example

Believe or not, Salmon sushi-sashimi is a very recent thing.

4 decades ago, in Japan, people only ate Salmon, cooked.

It was Norway who promoted their Salmon in Japan to be used in sushi dishes.

The Success of their NOKIA 3210 was unprecedented.

Millions of people went crazy for this new Phone, which seemed much more “attractive“.

How did IKEA become the great successful company that it is today?

By Reversing the concept of Furniture.

They thought what was unthinkable: